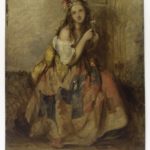 The impact of the emotions on physical and mental health is increasingly recognized in contemporary healthcare. This project offers a comparative historical analysis of the use of the passions in treating illness in Spain, France, and England in the classic period of the emergence and hegemony of the ‘moral treatment’ of insanity, between c.1750 and c.1900. Through an examination of medical treatises and case histories, the project will address the following research questions: What role were passions such as fear, love, grief, pride and anger believed to have as causes, symptoms, or treatments? What gestures and behaviours were associated with those passions? How did physicians in the past explain their perceived success or failure in using emotions as part of the treatment of their patients? What do twenty-first-century medical theories about the place of a patient’s emotions in the treatment of physical and mental disorders have in common with 18th- and 19th-century regimes of ‘moral treatment’ which used passions of fear, anger, shock and compassion as forms of medical treatment?

The Healing Passions strand is led by Elena Carrera, Co-Investigator on Living with Feeling and Senior Lecturer in Hispanic Studies