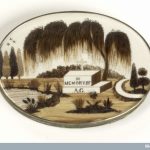 Horse-drawn carriages festooned with black ostrich feathers and crape; the dour queen in her ever-present widow’s weeds; spirit photographs of neatly dressed corpses beside their living relatives: we look back on Victorian Britain today as a culture saturated with the iconography of grief. This apparent “cult of death” is simultaneously mocked as a sort of maudlin hysteria. At the same time, the 19th century is regularly cast as a sort of golden age of mourning, whose openness about mortality stands in damning contrast to the supposed taboos of our own time. Yet while much research has been conducted into the social practices surrounding Victorian mourning, 19th century ideas about grief remain relatively unexamined. What significance did grief have for the Victorians, and how did its moral and medical meanings affect the way that people experienced bereavement? This project will map the theories of grief in 19th century psychology and explore the interactions between these ideas and the way that individuals at the time experienced mourning and loss.

The Grief strand is led by Edgar Gerrard Hughes, a PhD student on Living with Feeling.