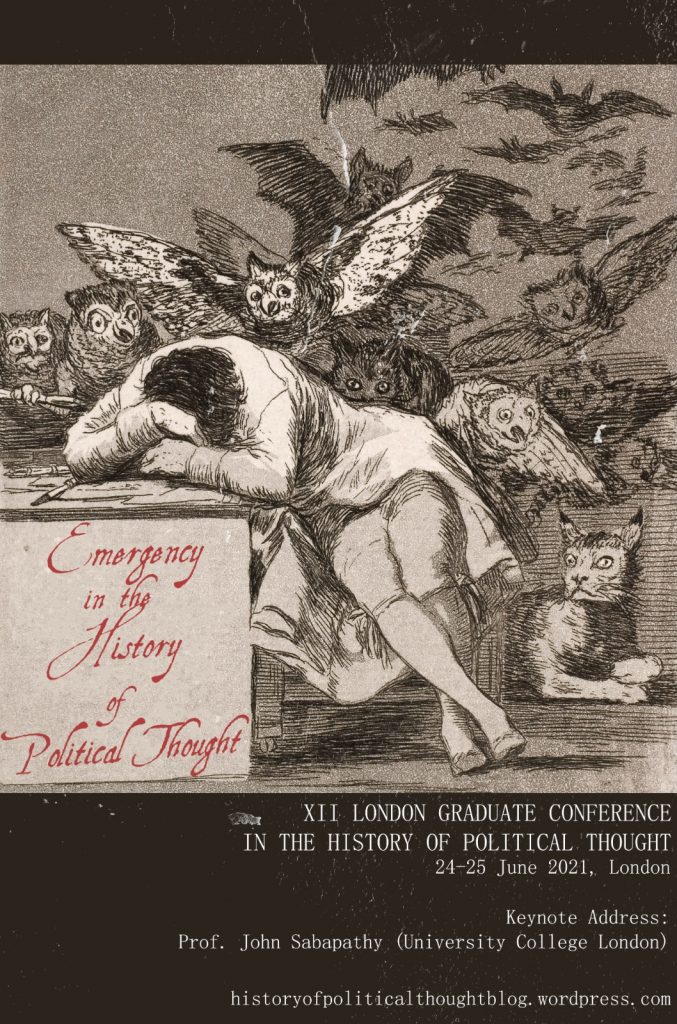 END_OF_DOCUMENT_TOKEN_TO_BE_REPLACED

We are pleased to announce the details of the 2019 Annual Rubinstein Lecture:

To be followed by a reception. Please register here.

END_OF_DOCUMENT_TOKEN_TO_BE_REPLACED

Please join us for the 2018 Queen Mary Annual Symposium in the Humanities and Social Sciences. This year will be dedicated to Professor Quentin Skinner’s book From Humanism to Hobbes: Studies in Rhetoric and Politics (Cambridge University Press, 2018). Registration is essential.

END_OF_DOCUMENT_TOKEN_TO_BE_REPLACED

Ideas of Poverty in the Age of Enlightenment

Although the Age of Enlightenment saw the development of radically new approaches to comprehending and reforming society and politics, our current understanding is that the existence of poverty was rarely problematized by eighteenth-century thinkers, writers and officials – notwithstanding that ‘the poor’ made up the clear majority of Europe’s population. This picture only changed in the transformative decade of the 1790s. This conference brings together historians with a wide range of geographical and theoretical expertise to re-examine the ways in which poverty was conceptualised in the social, political and religious discourses of eighteenth-century Europe.

Those wishing to attend are requested to register by emailing Niall O’Flaherty (niall.o’flaherty@kcl.ac.uk) and Robin Mills (robin.mills@ucl.ac.uk) by 31 August. Places are limited and will be offered on a rolling basis. Please click here to download a copy of the conference programme.

The Centre for Enlightenment Studies at King’s College London, with support from the Leverhulme Trust, is proud to host a manuscript workshop on Professor de Dijn’s forthcoming intellectual history Freedom: An Unruly History. This will take the form of five hour-long chapter-by-chapter sessions opened by commentators followed by general discussion.

For expressions of interest in attending or for further details please contact robin.mills@ucl.ac.uk. Places are limited so email asap. Participation at this event involves committing to reading as much of the manuscript as possible and attending with the intention to contribute to discussion if possible. Refreshments will be provided and there will be a subsidised dinner for attendees.

Symposium on the work of Martin E. Jay

We are pleased to announce the programme for the Centre’s Annual International Symposium in the Humanities and Social Sciences, which will be held on Friday, 15 June 2018. The symposium is devoted to the work of Professor Martin E. Jay (Berkeley), and registration is essential. To download the conference programme, please click here. For the conference poster, please click here.

The History of Political Thought in the Age of Ideologies, 1789-1989

Historians of political ideas since the late 1960s have advocated focussing on authorial intentions instead of tracing the progress of “unit ideas” or the transmission of disembodied concepts. Yet historical practice has not always followed methodological injunctions. Nowhere is this more the case than in the period following the French Revolution. Capacious political movements are assumed to dominate the nineteenth and twentieth centuries, giving rise to a procession of abstract ideologies. Yet is it plausible to think of the era as inhabited by such continuous “discourses”, let alone as being characterised in terms of a clash between them? This conference is intended to probe the durability of ideas that are standardly assumed to traverse the ages while sustaining the integrity of their meaning.

The conference also aims to examine how the epoch is generally presented. In what sense can the period be described as an “age of ideologies” if its constitutive doctrines are disassembled into a succession of speech-acts? In 1982 Karl Dietrich Bracher described the twentieth century as a “Zeit der Ideologien”. Yet this conception already had interesting precedents by the time he wrote, having been applied to the nineteenth century by Reinhart Koselleck in 1959. Koselleck’s depiction has a longer pedigree still, looking back to nineteenth century accounts of the legacy of the enlightenment. Thus, in the wake of the French Revolution, the idea emerged that an era of hostile ideologies had succeeded an older age of religious strife. In exploring how we might best write the history of political thought after 1789, this conference will examine common depictions of the period as living in the shadow of revolutionary upheaval that unleashed an enduring contest between opposing principles.

Please save the date for the 2018 Annual Nicolai Rubinstein Lecture in Intellectual History and the History of Political Thought, which will be delivered by Samuel Moyn (Yale). The lecture, titled ‘Judith Shklar’s Critique of Cold War Liberalism’, will be followed by a drinks reception, to which all are welcome. Registration for this event is essential.

Political liberalism is today in dire straits. Cold War legacies have made it a dubious theory of individual liberty against the expansive state rather than a doctrine that promotes social freedom and material equality. This lecture will focus on the leading post-War American political thinker, Judith Shklar – returning, decades before she propounded her famous “liberalism of fear,” to her earliest writings. These in effect mounted an argument against her future self. Shklar’s first book, After Utopia, offered a critique of the limits of Cold War liberalism, before she herself came to adopt a version of it. The lecture will assess this early perspective, claiming that it represents a more attractive option in the face of the crisis of liberalism today.

This workshop is co-sponsored by the Institute for the Humanities and Social Sciences at QMUL and the Review of Social Economy. Please visit this webpage for the full programme and more information.

Symposium on Happiness in Political and Moral Thought

We are pleased to announce the details of ‘Happiness in Political and Moral Thought’, a symposium organised by the Centre’s Professor Georgios Varouxakis (Queen Mary University of London) with the assistance of Professor Mark Philp (Warwick) and Professor Philip Schofield (UCL, Bentham Project).

Please note: Places for this event are strictly limited, and will be allocated to those who apply first. If you wish to know if there are places left, please email Georgios Varouxakis (g.varouxakis@qmul.ac.uk).