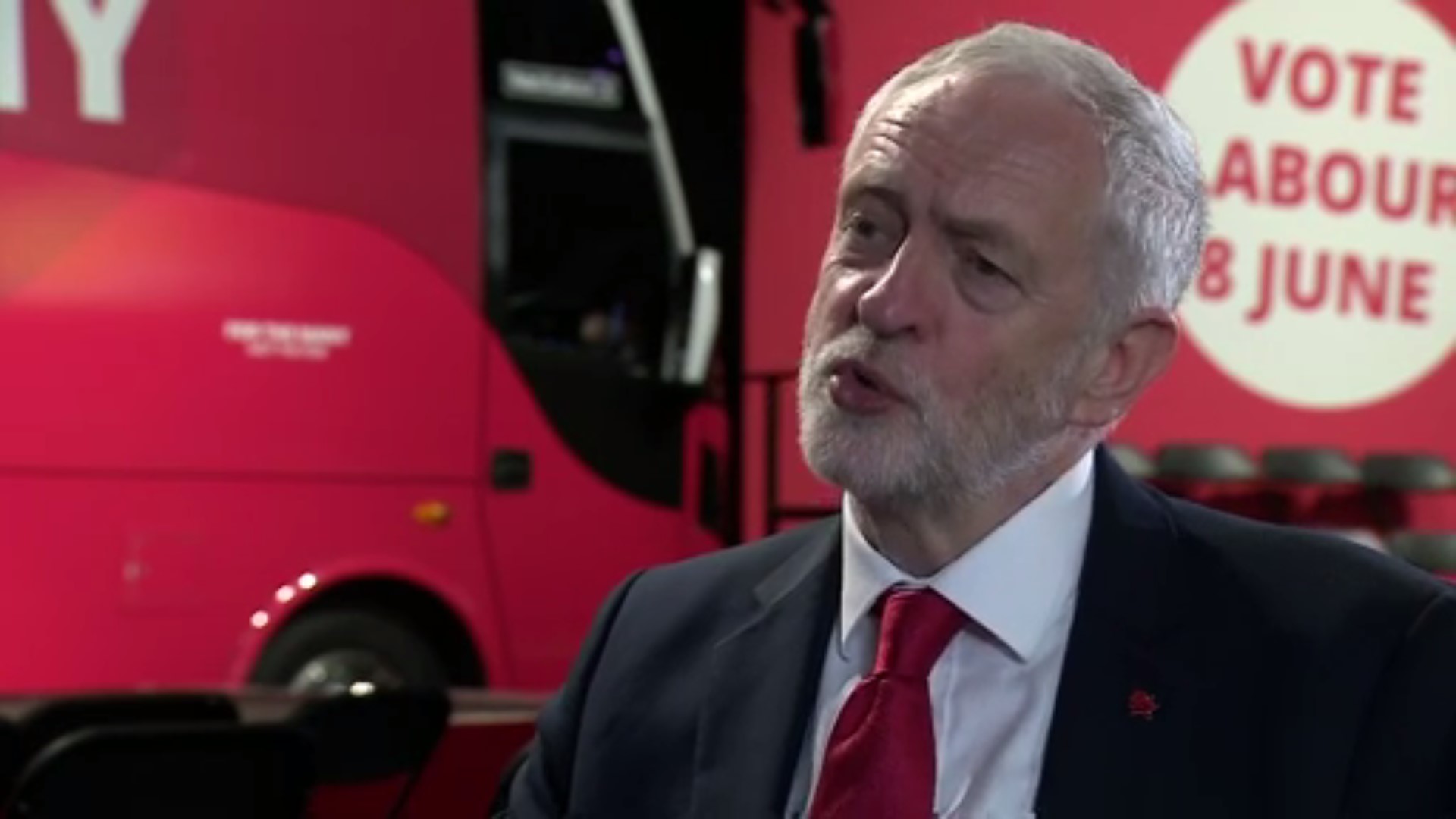 Jeremy Corbyn launched the Labour campaign for the 2017 UK General Election this week by saying that he – like millions of voters – was angry. But what does it mean when politicians claim to be angry? Thomas Dixon, Director of the QMUL Centre for the History of the Emotions, offers some possible answers.

Jeremy Corbyn is angry. He has a lot of reasons to be annoyed, you might say, including the disloyalty of his MPs and the endless criticism he receives in the media. But his anger this week was more calculated and more directly political than that. Launching the Labour election campaign, he presented himself as the voice of disenfranchised and angry communities across the country. ‘I think we need to understand the anger that many people feel in this country’, he told the BBC’s Laura Kuenssberg, referring to those on zero-hours and short-term contracts. ‘Their anger is palpable and real. I think we have to address that.’ Pressed further on whether he was angry himself, Corbyn replied, ‘Yes. I do get angry about poverty, I get angry about injustice, I get angry about inequality.’

When I heard this interview, I immediately thought of the angry populism of Donald Trump’s successful presidential campaign last year. Back in January 2016, during a debate among Republican candidates, Trump said that he was ‘very angry’ because ‘our country is being run horribly’, and that he would ‘gladly accept the mantle of anger’. After his election ten months later, it became an accepted truth to say that this victory was the result of voters’ anger. As the results came in on election night, the Nobel prize-winning economist Paul Krugman tweeted:

A terrifying night, and not just because Trump might win. It turns out that there is a deeper rage in white, rural America than I knew 1/

The next morning, Bernie Sanders released a statement, which began, ‘Donald Trump tapped into the anger of a declining middle class that is sick and tired of establishment economics, establishment politics and the establishment media’. The political philosopher Judith Butler, on the Talking Politics podcast, continued the same theme, speaking of the ‘vast anger’ some voters had felt, referring to their ‘unchecked rage against migrants, against racial minorities, against Black Lives Matter, against women’.

Now, all this political rage is fascinating as far as I’m concerned since I am currently writing a book about the history of anger as part of a project in the QMUL School of History entitled ‘Living With Feeling: Emotional Health in History, Philosophy, and Experience‘. It’s fascinating, but also perplexing.  When politicians declare themselves angry, or when pundits and journalists assert that elections have been decided by angry voters, what exactly do they mean? When Jeremy Corbyn says that he is angry, does he mean he is really angry – that he is seething, upset, furious, irate? That he’s been punching the furniture in frustration? Or, in the context of democratic campaigning, does the statement ‘I am angry’ not actually mean ‘I am angry’?

Most of the kind of anger that I am interested in, in my historical research, is proper, table-thumping, fist-clenching, teeth-grinding rage. I tend to agree with the American psychologist and philosopher William James, that emotions without bodily agitations aren’t really emotions at all. In a famous 1884 article entitled simply ‘What is an emotion?’, James wrote that any state in which there was ‘no flushing of the face, no dilatation of the nostrils, no clenching of the teeth, no impulse to vigorous action, but in their stead limp muscles, calm breathing, and a placid face’, could not really be anger, but must instead be a cold, intellectual state.

To think a bit more about the bodily side of anger, let me ask you to take part in a couple of quick experiments inspired by Charles Darwin’s 1872 book on The Expression of the Emotions in Man and Animals. First of all, please think of someone you hate – a person you truly and deeply dislike, even detest – and think about them for the next minute or so.

Done? For the second experiment, please try to curl up your top lip, on one side only, so as to reveal just one of your canine teeth. Can you do that?

These Darwinian experiments help to show how emotions, and their expressions, change over time, since it becomes clear that what seemed obvious to Darwin is not at all obvious to us when it comes to the emotion of anger. Darwin claimed, in his book, that ‘Few individuals … can long reflect about a hated person, without feeling and exhibiting signs of indignation or rage.’ When I asked you to think about someone you hated, did you display visible signs of indignation and rage? Maybe you did, but I doubt it. I imagine you just sat there thinking bad thoughts about someone, with your face quite unmoved. 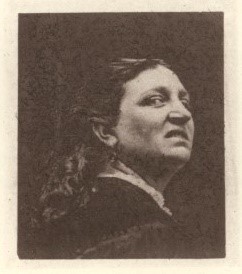 A sneer as illustrated in Darwin’s Expression of the Emotions in Man and Animals (1872).

Similarly, Darwin’s comments about the ability to raise just one side of the lip above the canine in a playful sneer or ferocious snarl reveal opinions very much produced by his own historical context, and the prevailing Victorian belief in a racial hierarchy. The ability to raise one side of the top lip in a canine snarl, Darwin wrote, revealed animal descent, and was probably ‘more common with savages than with civilized races’. So, if you can do the one-side canine sneer, then you are an animalistic ‘savage’ according to Darwin.

Although I tend to think, like William James and Charles Darwin, that proper, fully fledged anger isn’t present unless there is some bodily agitation, I don’t actually think that’s what Jeremy Corbyn and other politicians mean either when they proclaim that they are angry or when they say that they can sense, and share in, our anger. They don’t mean they are physically agitated, red in the face, or trembling with rage. Rather, they are trying to set a particular emotional tone among voters by referring to the emotion of anger. And when it comes to news headlines, ‘Jeremy Corbyn says “I am angry”‘ makes a much more vivid and attention-grabbing one than ‘Jeremy Corbyn says “I am dissatisfied”‘.

Jeremy Corbyn’s ‘I am angry’ is a particular kind of speech act – one described by the American historian of emotions William M. Reddy  as an ’emotive’. An emotive is a public utterance that is intended to alter the thoughts of those who hear it by drawing their attention to some particular aspect of reality through the lens of an emotion. An emotive utterance like ‘I am angry’ might elicit anger in the listener – or even in the person who says it – but not necessarily. Rather, it invites those who hear it to see the world through the framework of anger – which means thinking consciously or otherwise about violent feelings and acts of revenge – even if not acting on them, or even feeling them.

So, the next time you hear a politician – or even yourself – declaring ‘I am angry’, you should ask ‘Are you really? What do you mean?’ And in the mean time, I’ll be researching the fascinatingly furious history of anger and trying to work out some further answers to all these questions.

(You can read some of my earlier musings on the meanings of anger on the QMUL History of Emotions blog, and find out more about the Centre for the History of the Emotions here.)

Thomas Dixon is Professor of History and Director of the Centre for the History of the Emotions at Queen Mary University of London.

Jeremy Corbyn is Angry. Or is he? was first published on Friday 12th May, 2017