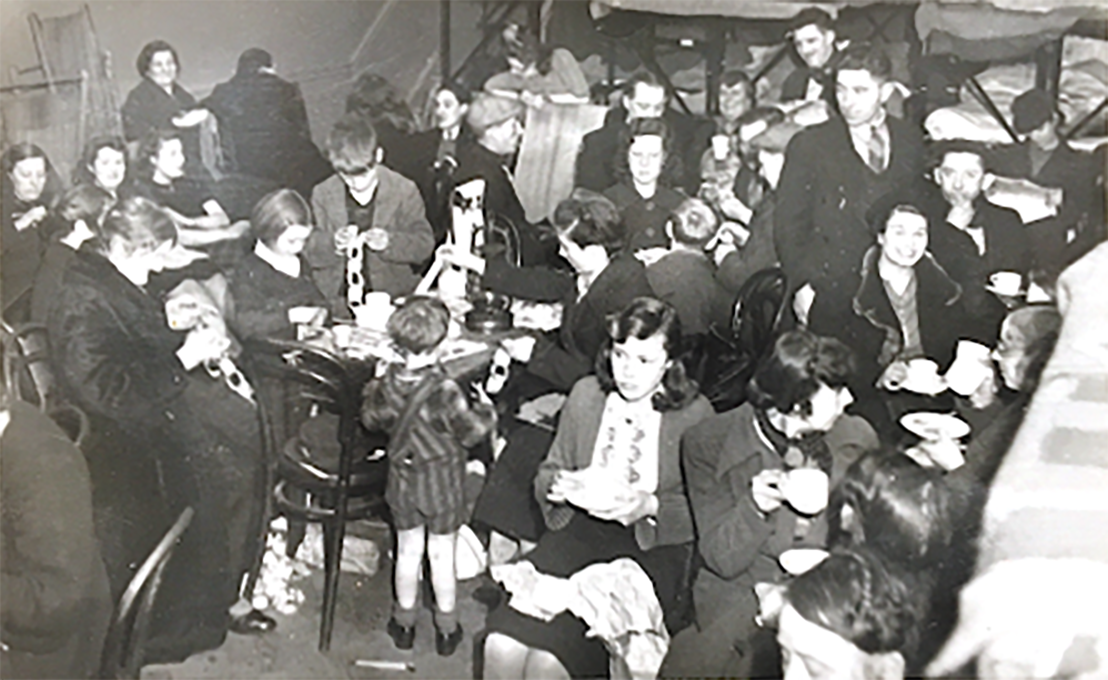 Many of us are familiar with the timeline of World War Two, but how much do we actually know about the experiences of living through such a catastrophic and momentous event? Delving into the personal documents held by Oxford House Community Centre provides a closer look at the effects of World War Two on a local scale, ultimately enabling the construction of a retrospective time capsule of the Bethnal Green community hub between 1939 and 1945.  Talibah Miah, one of our first cohort of History Internship students this year, tells the story.

As part of the History Internship module, I was lucky enough to work at Oxford House in Bethnal Green, a community and arts centre that has been around since 1884. While they host a range of activities from ballet to theatre, I spent most of my time sifting through and organising the private collection of historical artefacts pertaining to Oxford House itself. I came across maps and minute books, photographs and postcards, all of which had hundreds of stories to tell. This experience inspired me to create a patchwork of the new discoveries I made in relation to a historical event that I already knew a lot about, in this case, World War Two (WWII). 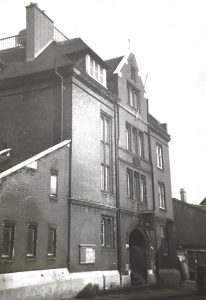 Oxford House played a significant role during WWII as a place of shelter and community. While interning, I found several gems tucked away in the inconspicuous Annual Reports that helped me form a clearer picture of WWII on an incredibly local scale. I have pieced together a time capsule of sorts, albeit retrospectively, containing information from the private archives; I focus on Oxford House as a place of refuge, its contributions to evacuation and how it was affected by the war. In doing so, I aim to shed light on the significance of documenting the present, even during the darkest of times, as a resource for education and to maintain a legacy of identity through the retelling of history.

A Place of Refuge

At the start of the war, Oxford House had to pick between closing the House down completely, or keeping it open as a shelter. Naturally, they chose the latter. As both an Air Raid Shelter and registered Emergency Rest and Feeding Centre, the House provided assistance to almost everyone, including the homeless. Families (with uninhabitable homes) would flock to the House ‘by the hundred in the middle of the night’ (see headline image for this post) when the streets were unsafe and until permanent housing was sorted (Bradley, 1984). Many described it as ‘one big happy family’, as the photograph depicts, where a sense of togetherness alleviated some of the panic and fear (Ashworth, 1984).

The communal atmosphere, meant that many of the locals preferred the courage inspired by Oxford House to their own ‘isolat[ing] homes’ (Bradley, 1984). Bradley notes that ‘comfort, light, warmth, bunks, canteen, breakfasts, washing facilities, a children’s room and recreation was provided’ meaning superior accommodation (Bradley, 1984). The legal capacity was 150 (for fear of large casualties if subject to attack) but in reality, 400-600 people regularly spent the night at Oxford House, and eventually, a ticketing system was adopted to control overcrowding.

Despite the small luxuries, there were many difficulties. Throughout the winter, people would sleep in the basement and ground floor, both of which were strengthened by Public Authorities. At first, the Holland Hall was filled with deck chairs and salvaged old furniture but these were later replaced with three-tier wooden bunks, with one of the basement rooms being reserved for children. Guy Clutton-Brock (the Head) would hand out aspirins to everyone, as per the Royal Physician’s recommendation, to keep the shelterers soothed and free from the risk of an epidemic due to shelter conditions; health and hygiene became an issue as people would sleep in their day clothes and take refuge in any available space such as the kitchen.

There was a need for volunteers, especially for front-of-house due to the strain on resources and individual needs of shelterers. However, everything was still organised from the variety of rations served to the pantomimes produced for Christmas making the House ‘brightly lit and warm’ and so lively that the noise often drowned out that of the war outside (Kuenstler, 2004).

Oxford House was also an official Evacuation Office. It specialised in people who did not fit within ‘recognised categories of evacuees’ or were not wholly protected by the Government Scheme (Bradley, 1984). As a result, any country houses they could muster were used for evacuees. Parc Llwydiarth and Plas Dolanog in Wales were set up for a range of evacuees before becoming designated children’s evacuation schools. The Annual Report of 1945 found the schools ‘far exceed[ed] their original purpose’ by allowing evacuees to ‘acquire a real love of the country’ (Oxford House Annual Report, 1945). Children benefited from constant supervision and care, regular meals and sleep schedules which naturally aided their health and wellbeing.

Furthermore, evacuees actively took part in the running of the house which ‘gave them a sense of responsibility and community which is rare in the average Bethnal Green child’ (Oxford House Annual Report, 1945). Throughout their time there, children regularly communicated with their family by letter and occasionally, parents’ visits to the schools or trips home to Bethnal Green. While the adults did not revel in the pastoral environment, the children did and benefited immensely from the fresh air and change of scenery. Oxford House promised to continue the work dedicated to children even after the schools closed through The Webbe Boys’ Club, Oxford House Girls’ Club, Junior Girls’ Club and Play Centre. 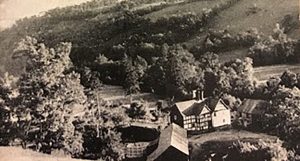 Though originally a settlement house, during the war, Oxford House became a community hub, a place of refuge, and a bulwark against attacks. However, as Walter Moberly, Chairman of the House at the time claimed, ‘war curtails opportunities’, and so, they experienced a shortage of men, space and money (Oxford House Annual Report, 1940). The water supply had been cut off due to heavy bombing with the fire brigade having to pump water into tanks above the House, and the stress of emergencies meant an increase in expenditure and a decrease in income, leading to a deficit of £1,319 in 1941 (equivalent to £65,408.27 in 2018).

In spite of this, the responsibility Oxford House performed was invaluable; shelter and companionship were provided for, air raid relief (which continued after the war in case of oversaturation of the Public Services), country holidays, evacuation homes and even constructive work for boys and girls. Needless to say, the House had risen to the occasion, continuing its work during post-war reconstruction.

‘The House and all that for which it stands shall not die, but shall blossom in the future from the new life which has been born in it during this year of suffering.’

Therefore, Oxford House not only represents the national spirit during WWII but the culture and community of Bethnal Green. Hence, as a community centre in the present day Oxford House continues the legacy of spirit and duty documented in the Annual Reports and photographs, proving its ties to history are significant and insightful, and worth retelling for years to come.

Some of the materials cited in this post may not be accessible to the public as they have been taken from the private collection. However, to learn more about Oxford House or to contact them please visit the Oxford House Website.

As a second-year student of English and History, Talibah Miah loves to combine the two subjects in creative and intriguing ways. She is particularly interested in the ‘history of the people’ and gender studies within the Georgian and Victorian eras.