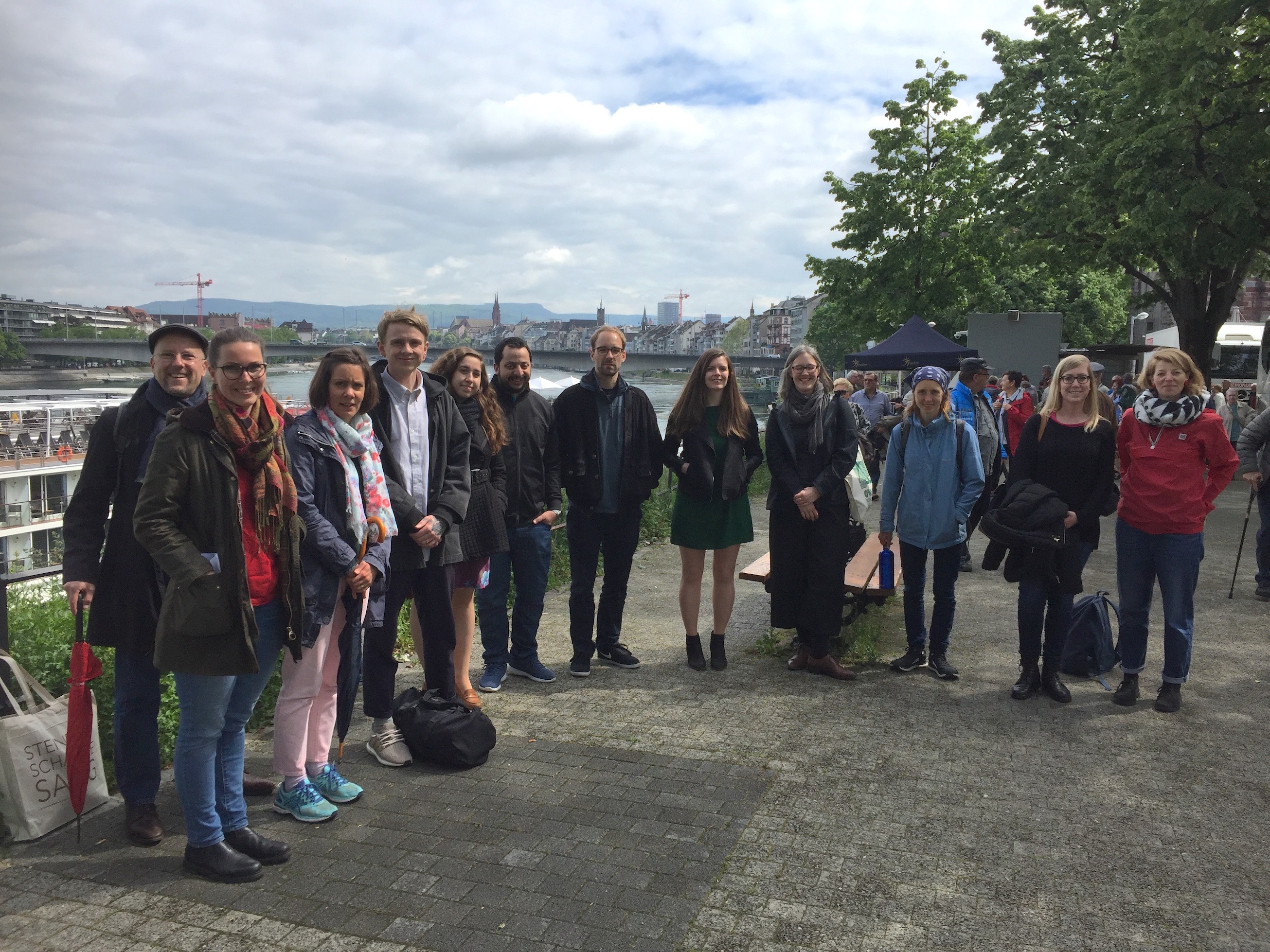 We are fortunate in the School to have strong links with institutions across the world, and each year organise a number of exchanges for PGR students.  Participants Heidi Russenberger, Tabea Richardson, Carmel Heeley, and Edward Caddy report on this year’s exchange with the University of Basel.

The annual QMUL-Basel doctoral exchange took place in Basel this year. Over two days a group of doctoral students and established scholars presented and discussed emergent research projects. Five QMUL PGRs were accompanied by four historians of the School of History. Together they interacted with the colleagues from Basel in diverse array of  panel sessions, ranging from medieval cultural practices to media narratives via 20th century Jewish identity.

The breadth of our research interests prompted thought-provoking (and sometimes robust) discussions, and we received welcome advice and support from more experienced academics. Although most of the QMUL delegates were attending for the first time, we were immediately put at ease by the very warm, almost family-like, atmosphere. The exchange gave us all a chance to get to know our QMUL peers better, to learn more about their projects, and to meet other history PGRs from a range of backgrounds from Basel university. The comments we received on our presentations encouraged us to think about sources and ideas in a new light, and will help us to develop our research further. The safe and friendly environment gave first-time presenters greater confidence in communicating their premises and findings. The collegial  sociability made the whole exchange a thoroughly productive and enjoyable experience.

It was an intense two days of presenting and discussing, but after the final papers we had the chance to spend more time together and enjoy a Frauenstadtrundgang (Women’s city tour). Two guides led us round the St. Johann quarter of Basel and performed short sketches to bring to life the experiences of women there since the thirteenth century. It marked the end of a short, but fun time with great people, beautiful food (for thought and body), in a memorable place. We look forward to welcoming delegates from Basel to QMUL next year, for more intellectual discussion and friendly exchange!

Janine Jakob (Basel): Women’s fashion of the social elite. Clothing, accessories and their regulations by Sumptuary Laws in the Old Swiss Confederation 1650-1790

Carmel Heeley (London): The Germans, the Jews and the Alps: How Moral Values, Bavarian Traditions and Sport were central to German self-understanding and German-Jewish claims to ‘belonging’ between 1920-1950

Olga Pollack (Basel): Conflicts and Cooperation. The Significance of the Swiss Palestine Office towards the Jewish Refugee aid, 1932-1945 (working title)

Tabea Richardson (London): Christian-Jewish dialogue in West Germany after the Holocaust….farce or first?

Hesham Abdelbary (London): From ‘Deception’ to ‘Inception’: Social Media and the Changing Mode of Information Hegemony (Lessons from Egypt 2013)