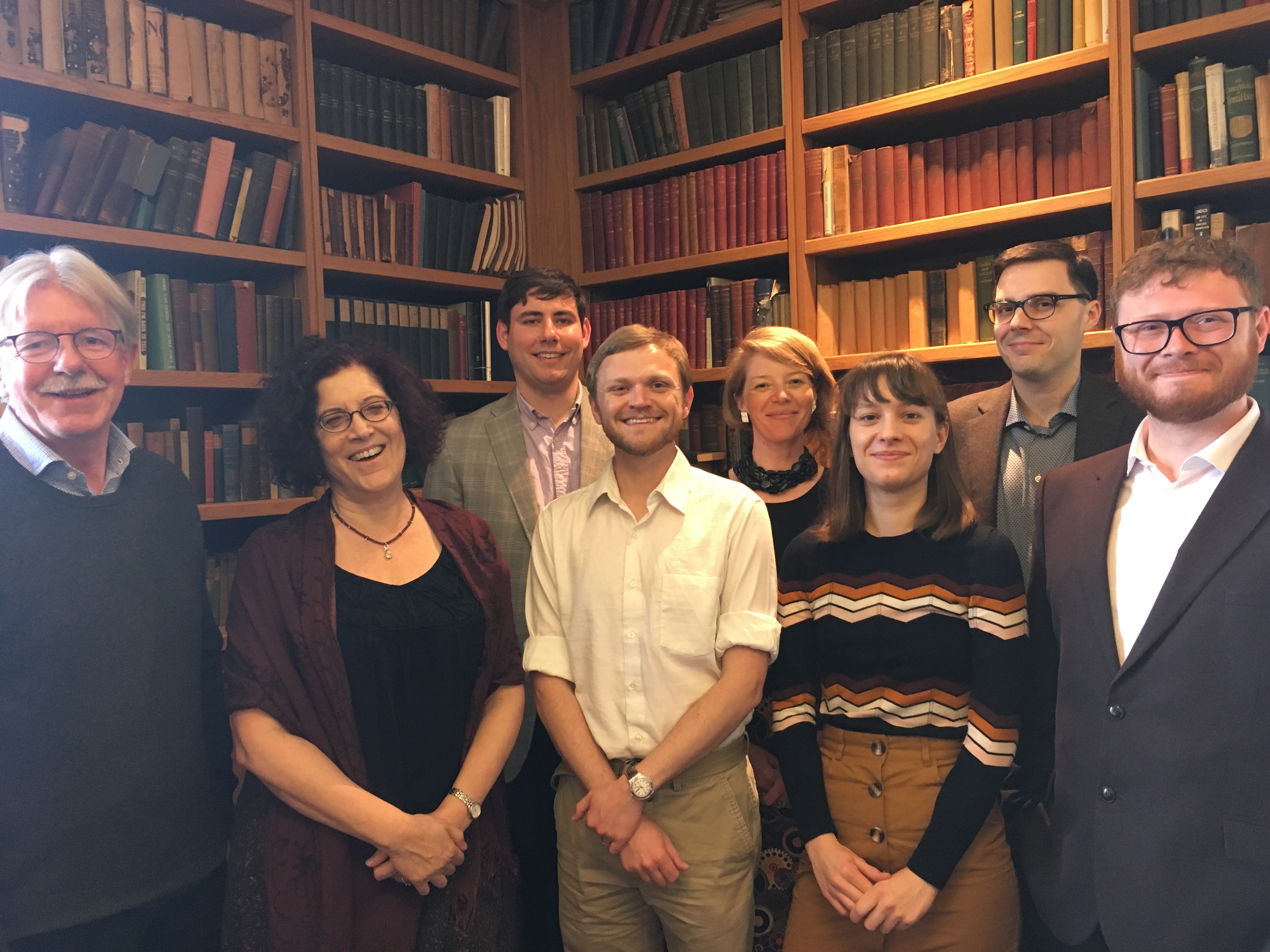 Postgraduate researchers at QMUL have the opportunity to participate in a number of international exchanges.  In this short post, PhD students Conor Bollins, Emily Steinhauer, Bert Carlstrom and Stephen Bentel report on the exchange with Northwestern University which they took part in during April 2019.

Now in its sixth year, the exchange between Northwestern University (NU), Chicago, and Queen Mary, University of London, this year stood under the most pertinent theme of “Walls and Bridges”. Together with Dr Mark Condos, Dr Leslie James, and Professor Miri Rubin,, four PhD-candidates from the School of History travelled to Evanston, Illinois, for a week-long exercise in tearing down intellectual walls and building academic bridges. Receiving a warm welcome from students and staff at NU, everyone spent the week making new academic contacts, consulting local archives and libraries, engaging in fascinating discourses, making fresh interventions in historical research, and pushing their own boundaries thanks to the brilliant research facilities in the Chicago area.

Highlights included the postgraduate conference on Friday which brought together researchers from NU, Hong Kong University, and QMUL; Miri Rubin’s fascinating talk to the Medieval Colloquium about the changing representation of Ecclesia and Synagoga in medieval art and letters; CUNY’s Professor Herman Bennett’s insightful presentation on his book African Kings and Black Slaves: Sovereignty and Dispossession in the Early Modern Atlantic, and the range of cultural events that NU hosted for the participants. Notably, this included access to the Caravans of Gold, Fragments in Time exhibition hosted by NU’s Block Museum, the first of its kind to address the scope of Saharan trade from the eighth to sixteenth-centuries, and the Chicago city bus-tour organised by the NU urban historian, Professor Henry Binford.

Our PhD-candidates made extensive use of the archives based in Chicago: Emily Steinhauer collated a significant amount of information from the records of the ‘Congress for Culture Freedom’, kept at the University of Chicago; Conor Bollins worked with the renowned early modern geographical collections based at the Newberry Library; Bert Carlstrom visited the valuable Mesoamerican manuscripts that are also preserved by the Newberry; and Steve Bentel went through the community newsletters held by DePaul University, and visited Jane Addams’s Hull House at the University of Illinois.

The Friday conference marked the culmination of the Exchange, taking the form of a transatlantic conversation about the academically salient, as well as culturally resonant, topic of migration and its histories. Overall, everyone benefited from the international networking opportunities, tremendously valuable feedback and stimulating forum for intellectual conversation that the exchange provided.

Looking forward, we will keep in touch with the scholars and PhD candidates we met during the week in Evanston. We also look forward to welcoming the NU to London in March 2020.

Report: QMUL-Northwestern Exchange 2019 was first published on Thursday 16th May, 2019