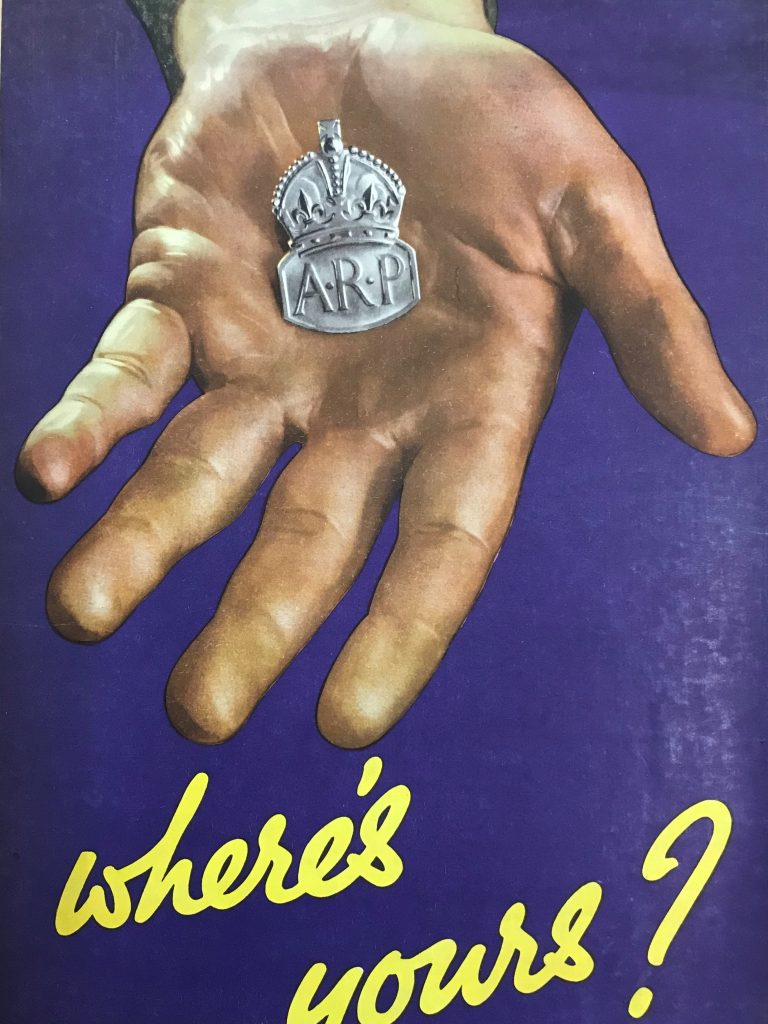 Hollywood has always presented World War Two as a story of British heroism. Yet in local archives a very different perspective of the British Homefront is being uncovered. At Newham Archives and Local Studies Library its Air Raid Precaution documents show the grim sacrifices and long hours of planning of one community. It is a far cry from Hollywood’s ideas.  This post is one in a series from students who took the History Internship module in 2018/19, and was first submitted as part of the assessment for that module. 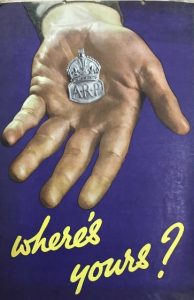 Was World War Two a story of constant heroic acts in Britain? Hollywood certainly thinks so with films like Darkest Hour and Dunkirk. Whilst British bravery is undeniable, the media has conveniently forgotten the less exciting, but no less important, parts of daily life on the British Home Front. Local historical archives are the key to revealing this history (take a look here to find out what an archive is). Newham Archives and Local Studies Library is currently cataloguing its Air Raid Precaution (ARP) files. These files focus on bombing from a wide-range of perspectives. Bombing was a universal civilian experience giving an important insight into the British Homefront. The ARP documents build up a more truthful image of the paper work, sacrifices and re-building of West Ham and East Ham.

I got the chance to begin cataloguing the ARP documents when I was interning at Newham Archives. Archives preserve primary sources as historical evidence of contemporary events, perceptions and opinions. Yet Hollywood does not always consider these records and so films can distort history. The ARP documents show the mundane considerations of what happens to animals during air raids and wardens’ restrooms as well as the destruction of the bombing. It is the truth that you need to see.

Our Finest Hour or Grim Resilience?

It would be wrong to claim that ‘Our Finest Hour’ was based on no historical fact. Historians have rightly named it ‘The People’s War’ because, as the myth implies, civilians were put in the midst of war due to air raids (Bell, 2008). From the 28th August 1940 to 31st December 1944, the local ARP’s list of air raid statistics states there had been 194 raids, 3201 incidents and 925 dead in West Ham and East Ham. This is made even more of a grim reality upon feeling the thickness of a booklet that lists the names of all taken to hospital with injuries received in air raids. 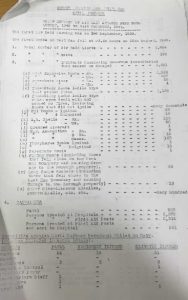 The historian William Sansom focuses on the theme of ‘endurance’ showing not heroes but a people forced to face war (Sansom, 1990). Of course, the ARP records only depict one element of suffering endured. War work, rationing and evacuation are just a few others you can read about on the Home Front History website.

During The Blitz of September 1940 to May 1941, Newham’s ARP documents report no extraordinary acts but instead the steady defiance of the ARP’s work to limit damage. You can see the pressure placed on the ARP if you take a look at this interactive map. West Ham was specifically attacked due to the nearby docks which formed a key part of British industry and the war effort. Angus Calder calls West Ham a ‘borough of ghosts’ by the middle of the war (Calder, 1992). It is important to be able to check the accuracy of such bold statements. This is where we can use the ARP documents. It confirms not only the deaths but also the damage to infrastructure and housing leaving rubble-strewn streets. Many detailed charts compiled after the war to help start re-building show the lasting impact on this community.

Planners and their Paperwork

The compiling of these charts shows another side of the British Home front unseen in Hollywood: the planning by local authorities. If any planning and paperwork is seen at all, such as in Darkest Hour, it is Churchill’s National Government making key military decisions. In contrast, Newham’s ARP documents show the small, somewhat mundane considerations of councils. For example, one document considers at length what will happen to animals in air raids. Will they be scared? Do they need to be saved? If you’re an animal lover, a blog on the London Zoo during the war details the provisions and stories of what happened to the animals there.

This hard work has largely gone unacknowledged. From a large folder filled with correspondence by the ARP Wardens Service, it is obvious long hours were spent writing to owners of vacant housing in order to requisition them to provide wardens restrooms. Not exactly the most exciting job but a necessary task. 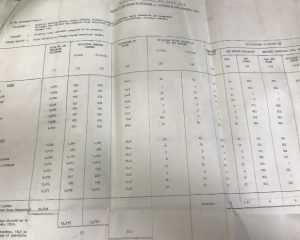 Planners made life and death decisions too. A report by the Chief Officer of the fire brigade to the Air Raids Precautions committee considers fire prevention and anti-gas training. The local authorities planned for all types of attacks highlighting their vital role, not the central government’s, on the Homefront. The report is dated 18th May 1938, over a year prior to the start of the war. The ARP service was in fact formed in 1935 by Prime Minister Stanley Baldwin and the ARP Wardens Service established in 1937. The ARP documents underline attempts to plan in advance despite historians’ condemnations of their failures especially in regard to homelessness and hunger (Stansky, 2007). In context the planning for deaths and how to limit loss of life, which included putting out fires as well as air raid shelters, had to come first. After all The Blitz still took 40,000 lives.

Wardens provided a lifeline to civilians during the war. Wardens were volunteers, and their main duty was to enforce blackout but they also dealt with the aftermath of air raids. Check out these first-hand accounts of wardens to find out what they did and why!

Wardens were not Hollywood’s heroes as many nights were spent watching and waiting. When air raids began in earnest, there was a sharp spike in the number of volunteers showing morale continued to rise (Thorpe, 1992). Rightfully within Newham’s ARP document, these volunteers are praised in a personal testimony made after the war. The stories contained amidst the paperwork of Newham’s documents are not the makings of an action movie but they are the grim truth of an ordinary community experiencing unprecedented sacrifices and planning for it.

The documents considered in this blog are currently being catalogued by Newham Archives and will be made available to the public once cataloguing is completed. To see them, book an appointment to come into the archives based in Stratford Library (3 The Grove, Stratford, E15 1 EL) on a Tuesday or Thursday between 10:30am and 5pm. To find out more, view the Newham Archives website.

Amy Helen Bell, London Was Ours: diaries and memories of the London Blitz, (London: I.B.Tauris, 2008).

Andrew Thorpe, ‘Britain’ in Jeremy Noakes (ed.), The Civilian In War: The Homefront in Europe, Japan and the USA in World War II, (Exeter: University of Exeter Press, 1992).

I am currently in my second year studying History, and next year I will be doing a year abroad in Amsterdam. This year, I took a wide range of subjects including the History Internship where I interned at Newham Archives, which inspired this post. I am particularly interested at the moment in World War Two history as I plan to take the special subject British Cinema and World War Two.

World War Two: From Hollywood to the Newham Archives was first published on Thursday 16th May, 2019